Not exactly love in time of cholera, but how about a Turkish title in time of general elections in a country sandwiched between the upcoming Turkish Sultanate and the EU, aka the new sick man of Europe as diagnosed by the future Turkish Sultan himself?

The other title I was considering was Bulgaria Ueber Alles, which stylistically is along the same lines, and reflects, alas, the unsettling effect elections have on me. (Musings on the equality of men triggered by the Trump election here, and cartoons making fun of Bulgaria’s presidential vote, I hope not in a too malicious way, here.)

Elections are studies in crowd and mass psychology, and ever since Aleko Konstantinov’s satirical essay Bay Ganyo (the caricature of our national character) Holds Elections, have been known to reveal the ugliest stereotypes and the basest instincts of our people, amongst questionable practices such as vote buying and bringing Bulgarian Turks holding dual citizenship and currently living in Turkey, who I believe couldn’t care less about politics in Bulgaria, to vote for a particular ethnic party after being convinced to do so in Turkish, as few are particularly fluent in Bulgarian to begin with.

This may be rather incomprehensible to people coming from more racially and ethnically diverse countries, but here campaigning in a language different from the country’s official one is against the law, if that has ever stopped anyone from doing anything on the Balkans. Thus the election campaign that has just closed has cemented the suspicions of many that we’re not a democracy and a country of citizens having equal rights and obligations and abiding by the same set of rules, but some clan-based grouping governed by the law of the jungle, with propaganda drawing parallels between the 14th-century advent of the Ottomans and the present-day election tourism from Turkey to Bulgaria thrown in. Nice.

On top of this, we have patriotism debased to something football hooligans do to blow off steam. Patriotism mostly means hate speech these days, how lovely is that? In addition, one has become rather shy of displaying feelings of belonging to anything that is not market-driven, lest they might come across as the retrograde supporters of countries that are political and economic weaklings, who are dissolving their frustrated selves into an imagined community haunted by a glorious past but currently plagued by rampant corruption, low productivity, and sluggish economic growth. At least this is what liberal pundits tell us.

So it is practically everybody against everybody, and we even have a general culprit to point our finger at, so that we’re spared the discomfort of having to address our own problems. It’s the refugees, more than enough of whom are in Bulgaria, and a legion of whom Turkey has threatened to unleash our way if Europe keeps not humouring the Sultan by meekly accepting being called nazist and fascist as part of his strategy for gaining domestic political support.

As a silly Bulgarian saying goes, I read on, and I can’t believe my ears.

On the other hand, Bulgaria has accepted Russian White Guard refugees in the early 20th century, has welcomed half a million Macedonian and Thracian refugees during the Balkan wars, has saved the Bulgarian Jews from extermination during WWII, and, unlike its western neighbours, has always lived peacefully with its many communities comprising Turks, Armenians, Jews, and Roma, among others.

The lack of homogeneity in the present-day refugee groups and the multitude of interests they represent, alongside their sheer numerosity and insistence on carrying all of their ways into receiving countries that don’t happen to share the same cultural heritage, all add to the problem. When in Rome do as Romans do seems passé now, the it thing is that everybody has rights, and only the really silly ones have obligations too. 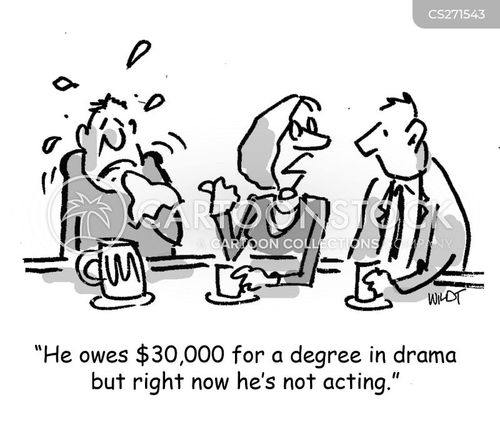 Yet being a refugee is, figuratively, a state known to many. For example, I am a refugee of sorts because I don’t have a party that represents my political convictions on these elections. I did an online test based on the platforms of all parties running for parliament today, and the closest match I got was 46%, and that for a party I’d never cast a vote for. So there.

Bulgarians may date back almost since the dawn of time, and may have more history to cling to than is perhaps good for them, but we surely are rather inexperienced in doing democracy, as we were either a monarchy with strong rulers supporting the arts and merciless to their enemies, or were voiceless slaves, or, eventually, prisoners in a Soviet panopticon. The about 50 years of Western-style monarchy based on private property and private initiative that we had after the liberation from the Ottomans and before the dark ages of communism had come upon us, had brought tastes and intellectual attitudes from Western Europe, among which the state of intellectual seclusion as an expression of the disconnect between one’s beliefs and values on one side, and the prevailing cultural habitat on the other. Bulgaria’s first superfluous men, intellectual refugees in their own land, emerged then, and have notoriously failed to pass their refined humanistic values on to the masses, which is yet another reason why we have patriotic being equated with a skinhead today.

Yet many of Bulgaria’s patriotic skinheads, idiots, recidivists and the like, were perhaps born close to, or are daily using or looking at the bridges and churches built by famous Bulgarian architect Nikola Filchev, or Kolyo Ficheto (1800-1881), who has allegedly explained his distinctive Bulgarian style with the following sentence “Before being human, I was born Bulgarian“.

So there is another way, and not surprisingly it’s love.

PS. In line with the closing statement above, I hope you’d accept as your musical greeting the song I used as post title. Translating as I Am a Refugee, it is performed by female Turkish rock star Sebnem Ferah. I most decidedly dislike the Sultan and his obnoxious rhetoric, but I do love Anadolu Rock. And, being a true Bulgarian, I can’t help liking Sebnem Ferah all the more for being born in Macedonia, which technically makes her “a girl from our parts,” as a Bulgarian expression goes.

The lyrics are powerful, and can be summarised by the refrain which goes like this:

Ben bir mülteciyim (I am a refugee)
Burda aslında sınır yok (I know no boundaries)
Kazanmak kaybetmek yok (I don’t care about winning or losing)
Bu güçten daha büyük güç yok (There is no strength greater than this.)

Incidentally, Ben Bir Mülteciyim is not my favourite song by Ferah, so please also accept Bir Kalp Kirildiginda, which means When a Heart Breaks. My favourite line is: Her kalp ayrı bir dünya, ve bir parça kristal aynı zamanda, meaning Every heart is a separate world, and a piece of crystal at the same time.

Thank you for subscribing.

we respect your privacy and take protecting it seriously